STORYTIME || About the time I LEGIT felt God || Testimony or inspiration?

How’s the week been? Stressful? Tiring? So Valentine’s Day is coming in like what, 6 days? And you know, it’s that type go out, enjoy the day with the love of your life that kind of thing. Unfortunately (and fortunately!), I’ve been forced to have a date with Law school. To be honest all i just want to do on that day is sleep, eat and watch the 100, but of course not, as Law school has taken the liberty of either making or marring February 14 2017 by so excitedly releasing first semester results😩😩😭

That’s beside the point (I just needed to rant small to be fair, it’s not like I had serious plans for that day tbh). Okay so on this blog post, I’d be sharing with you guys how I got my first experience with the Holy Spirit and how prior to this, a few experiences came before then that it was only up till now I was able to intellectually link them together.

So from the beginning: My first blog post talked about how I got saved and got drawn out of depression and psychological breakdown. Fast forward to this year, the beginning of 2017, I started this whole Snapchat devotional thing (a verse a day keeps the devil at bay). Fast forward again to a week ago (*sings ‘about a week ago’ in my head*). I think this was legit the day God spoke to me! Like a 2 hour sit down kind of discussion (which if I wasn’t going out that day, I’d have continued). Now because it’s a long story, I’ll just drop a couple of screenshots where I narrated my experience: 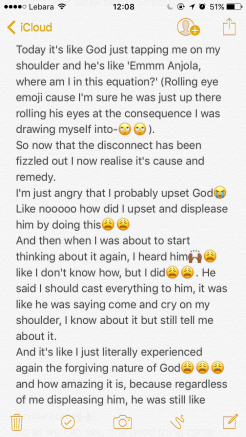 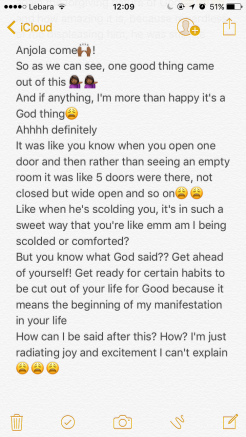 I thought this was it. Like okay God has spoken to me, what else? Little did I know it was just a tip of what was to come. One important thing I’d like to draw out from this is never doubt the forgiving nature of God; like here I was, assuming ‘Ahhh Anjola you’ve done the worst, you’ve sinned so greviously against God and blah blah blah’, but God wasn’t thinking like that. Instead, as he wasn’t forgiving and drawing me back to him, he was showing me a pinch of what he had in store for me, confirmation I got just a few hours later. After this experience I knew things had changed. I knew my relationship with God had skyrocketed, and gotten to a place I never expected it to get to.

Fastforward to a week later, the day before I launched this blog and released the previous post: TEMPLE OR MARKET PLACE?🤔 I had another experience again with God which I just realised was a link to what he was going to do in my life the next day. That morning (not morning morning, more like 12am)I was just unable to sleep, and so I felt led to read 1 Corinthians  1:18-31 and 1 Corinthians 2:9-13, summaries of which I’ll share below: 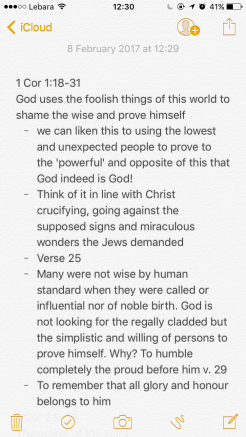 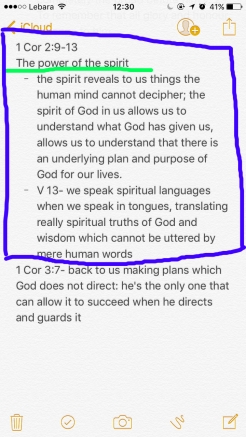 In the second screenshot which has the second reading summarised, I’ve pointed out a couple of important notes, which now that I think about it, is a convenient fit into the other next experience I had again with God.

Buttttt, because it’s such a deep and longggg experience to narrate again, I would do so in my next blog post (yes, i like the whole suspense feel yo).

I hope this had been a good read, and there’s been a few things you can pick out in relation to your walk with God. God’s time is truly the best and there’s sooo much he’s planned for us, so much he wants to use us to do, if only we diligently and consistently seek him.

Jeremiah 29:11- Hold on to this, no matter what circumstance and situation you find yourself in.

-Anjola❤ (and because i loveee seeing myself:) 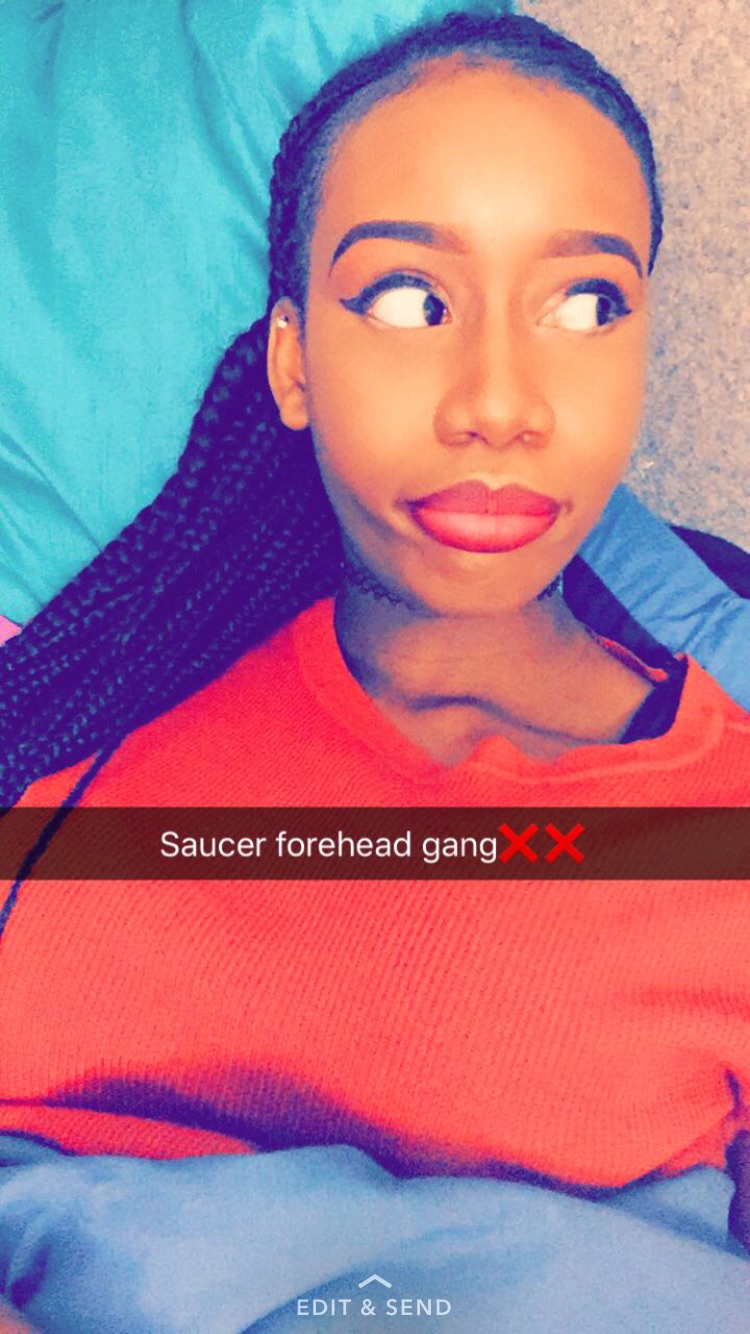 Like Loading…
← TEMPLE OR MARKET PLACE?🤔
→ STORYTIME ||About the time I LEGIT felt God || Gifting of Tongues💁🏾

One response to “STORYTIME || About the time I LEGIT felt God || Testimony or inspiration?”